Worldbuilding As A Creator 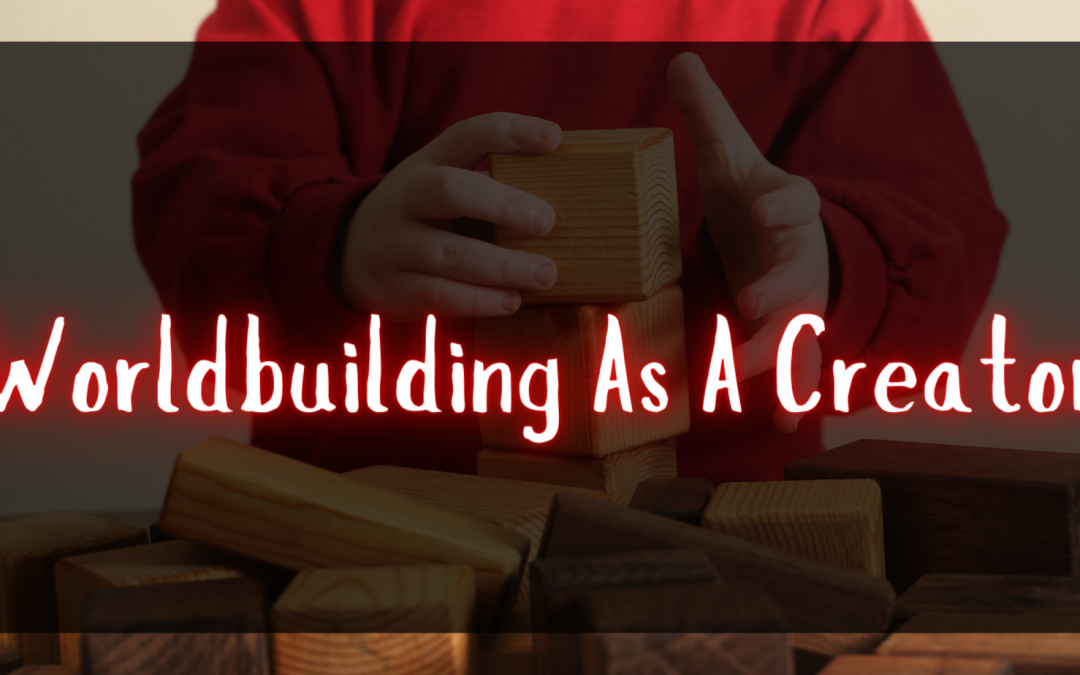 Worldbuilding As A Creator

Today’s blog is the last post in The Three Types Of Worldbuilders series I’ve been doing. If you’ve been enjoying this series and you’d like to stay updated every time I post a new blog, then please join my newsletter!

So far we’ve covered Planners and Storytellers, but today we’ll be discussing Creators and how they worldbuild. (spoiler alert: worldbuilding is basically all they ever do)

What Is A Creator?

A Creator is a writer who is a worldbuilder first, and writer second. They enjoy creating new and interesting creatures and places. They usually have a bunch of random documents on their computers, full of fictional plants, animals, governing systems, foods, drinks, and whatever else they can think to create.

Knowing everything about their world and the people and creatures inhabiting it has its downsides. Because of all the options they have, Creators may choose a storyline and start writing, only to become dissatisfied or bored and switch to a “better” story with “more interesting” characters.

Creators have a tendency of becoming attached to the world they’ve spent the most time creating, so if they have a new plot idea they want to write (that may or may not fit their beloved storyworld), they will completely change their worldbuilding to fit the plot, instead of just creating a new world.

Exposition! If you’ve created an entire fictional world, it’s logical to want to share that world with your readers, but Creators tend to overshare—overestimating how much information a reader actually needs to understand the story.

Like Planners, Creators get overwhelmed when faced with plotholes—especially if fixing them means changing a lot of the worldbuilding they’ve worked so hard on.

Creators tend to be great at describing their creations. You can clearly picture the places, people, creatures, and things they describe because of their attention to detail.

Creators are experts at coming up with plot, scene, character, creature, and item concepts (which is probably why they enjoy worldbuilding so much). Their brainstorming sessions are always successful and result in amazing new ideas.

Creators transport you to their story world and make it so you never want to leave. They create fictional worlds that feel rich and alive—even if their story only takes place in one small part of the world they created.

Creators excel at creating characters with complex motivations and interesting backstories, usually because each character has a specific place and purpose in the story world the Creator has developed.

Creators are both detail and big-picture-oriented, so they’re skilled at weaving symbols, motifs, and themes into—not just their stories, but their story worlds, in ways that are both subtle and obvious.

What To Focus On

All in all, Creators are amazing storytellers—when they actually tell their stories.

Like Planners and Storytellers, Creators have many things that keep them from publishing their stories. The biggest thing is chaos and confusion. The average Creator may have at least ten different documents full of enough worldbuilding info to fill a book (I personally have one world that I’ve written over 100,000 words of worldbuilding for), but no idea how to organize it all. Or they might have plenty of storylines and characters they could follow, but no idea which ones they should follow.

I’ll be writing a blog on Organizing Your Worldbuilding within the next few weeks, so let’s focus on the main problem Creators have: narrowing things down.

In order to actually finish writing a story instead of jumping from plotline to plotline, it may be useful for a Creator to ask themselves a simple question:

“What kind of story do I want to tell?”

Instead of getting caught up in characters and plotlines, a Creator should take the big picture angle and choose a theme/message that they want to get across to their readers with whatever story they write. Getting attached to a concept instead of just the characters and scenery will help keep the Creator focused on their goal of writing and finishing their story.

Encouragement from other writers will go a long way as well. Creators are self-motivated when it comes to worldbuilding, but not so much when it comes to writing anything other than a character’s backstory or the first few thousand words of their newest story idea. Having other people around to get excited about the story a Creator is working on, gives the Creator the motivation and determination they need to keep writing.

The End Of A Series

And there we have it! This concludes my four-part series on The Three Types Of Worldbuilders!

Did you enjoy this series? Let me know down in the comments!

What do you struggle with the most as a worldbuilder/writer?