4 Lessons I Learned From Failing As An Author 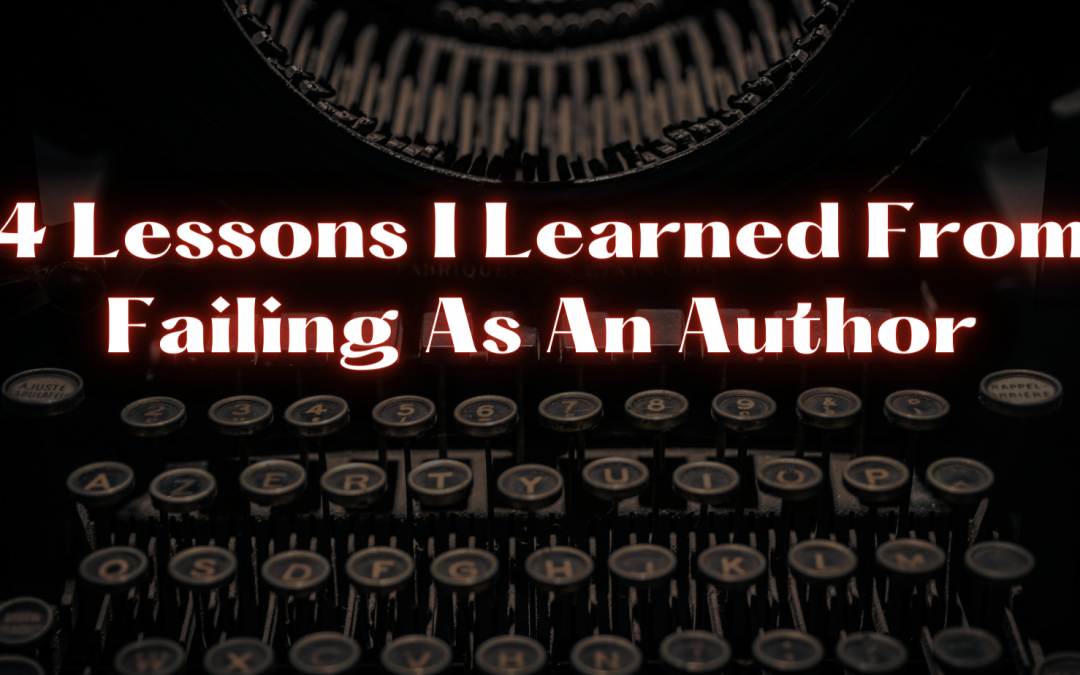 Last week, I failed as a writer. Or at least, that’s how it felt.

I’ve spent six months planning, worldbuilding, and writing a novel that just wouldn’t work. Nearly 40,000 words were wasted on my failure of a story—and I didn’t even get halfway through the plot.

I’d be lying if I said I wasn’t extremely frustrated. In fact, I’m still a little disappointed, but now I’ve realized that maybe all the time I spent on this novel wasn’t as much of a waste as I originally thought.

So, here are four lessons I’ve learned from failing as an author.

First things first, I learned that the novel I worked on was not a failure.

Despite the fact that I had to abandon it, I learned a lot from working on it. Now I understand where a lot of my strengths and weaknesses are when it comes to writing. I can take what I learned from this experience and use it as I write my new novels.

Since I now know that I tend to put more conversation than action into my stories, I can keep that in mind as I plan future novels. Or since I noticed that I tend to put in too much exposition, I can pay attention to that as well as I write.

In short, the first lesson I learned from being a failed writer is that you’ve only failed as a writer if you refuse to learn from your failures.

Have you ever tried to fit a high-fantasy adventure/political intrigue story into one standalone novel?

Well, that’s what I tried to do.

Sometimes it’s not that you’ve written the wrong story, but that you tried putting it into the wrong format.

Upon evaluating my work in progress, I realized that I was trying to squish all my themes, characters, subplots, and world-building details into one 80,000-word novel when they really should have been spread out into a trilogy.

Understanding why my novel wasn’t working helped me to see that no, the problem isn’t that I’m just a horrible author who can’t write a good story. In fact, the story I had was fine, but I was trying to put it into the wrong format.

So, it turns out all the words I wrote aren’t useless after all. When I’m ready to write this story as a trilogy, I can develop the plot so that it fits into three books instead of one, and use a lot of the scenes I’ve already written.

#3 Don’t Make Unrealistic Promises To Yourself

I used to get chapters, scenes, or even paragraphs into stories before moving on and writing something new. But then I’d go on Instagram and see fellow authors finishing drafts or publishing their books, and I’d get discouraged. I hated the fact that I wrote every day but had nothing to show for it. Just document after document of unfinished stories and half-planned ideas.

Eventually, I grew discouraged enough that I was determined to finish something, and I did!

The first-ever novel draft that I finished was nearly 80,000 words long. After that, I decided that I’d never go back to writing parts of stories. From then on, I would finish any full-length novel that I started.

Putting that expectation on myself—that anything I started needed to be finished—was helpful for a while. It gave me the motivation to finish assignments and complete the first two drafts of my novella.

But having that mindset in place is what made failing to finish my latest work in progress so painful.

Not only had I “failed as an author” but I’d broken a promise that I had made to myself. I was both a quitter and a liar.

If I hadn’t made that promise to myself, I probably would have stopped and evaluated my story a long time ago—before writing thousands of words and spending hours of my time working on it.

#4 Don’t Let Holding On Hold You Back

Admitting that my story wasn’t working was really hard—and not just because I’d promised myself that I would finish it no matter what.

I have a lot of people in my life who were interested in the progress I was making. Family, friends, my mentor, and followers. I feared disappointing them by admitting that I needed to start over with a new novel idea.

As it is, a lot of people don’t take being an author seriously, and encourage people to get “real jobs”. By failing to finish my novel, I felt like I was failing the writing community as a whole (which is kinda funny and very ridiculous thinking about it now).

Trying to make something work when it isn’t going to, won’t do anything but stress you out and suck the joy out of writing.

Now that I’ve let go of that story—and my fear of disappointing the people who want to see me succeed—I can turn my attention to writing a story that will actually work as a standalone novel. And that’s exciting!

So, there we have it. These are four lessons I learned from being a “failed author”.

I wouldn’t say that I enjoyed learning these lessons, but I am glad that I learned them. I think the best part of this experience is that it’s helping me let go of a lot of fear that I’ve had about both writing, and sharing my writing with the public.

It feels like I’ve already experienced the worst thing that could have possibly happened to me as a writer (failing), so what in the world do I have to be afraid of now?

Have you ever had to start over? What made you realize that your story wasn’t working?

Let me know down in the comments!

Christmas is coming up, and I have a gift for you! A free book of fantasy dialogue prompts! Click here to claim your copy!